What do Deez Nuts and Six Feet Under have in common? 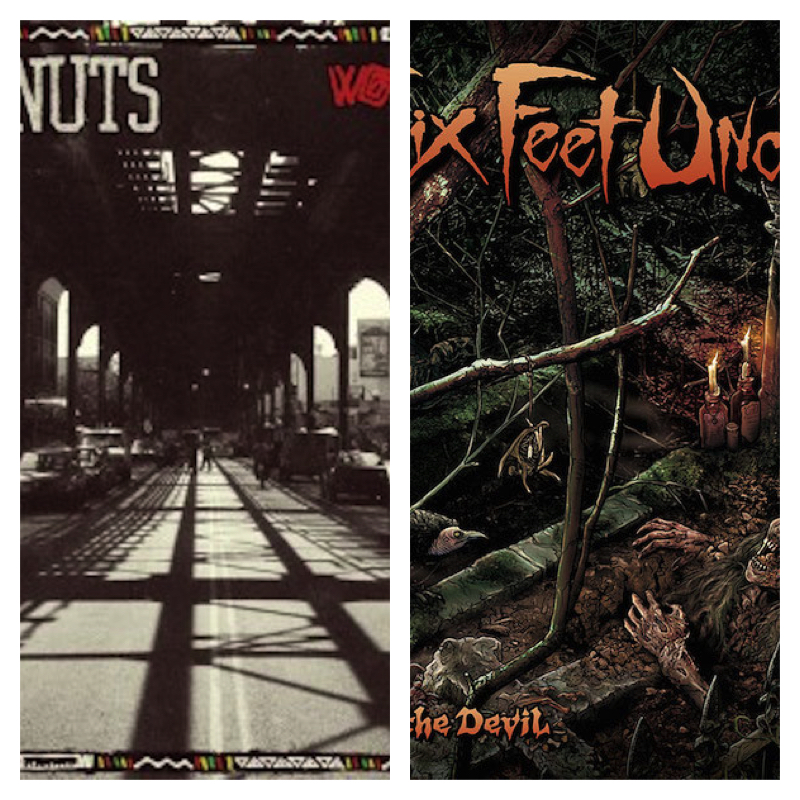 Wait, what? Deez Nuts, the australian party animals, and Six Feet Under, the old and grumpy death metal dudes under the reign of former Cannibal Corpse-shouter Chris Barnes?

Judging from their new releases – “Word Is Bond” and “Crypt Of The Dead” respectively – both bands have in common that they decided to write and release an album with zero innovation, instead both bands focused on their well-known strenghts and trademarks.

On the plus side, the listener knows what to expect and can bang his head from the start of each album. On the negative side, no innovation and the refinement of the well-known style bears the danger of making an album boring. This is not the case for this two albums: both offer plenty of hard-hitting songs, which will show their full potential on the upcoming live shows.

Deez Nuts and Six Feet Under both have answered the age-old dilemma every bands faces sooner or later: stay in your comfort zone or move out of it? Both bands have decided for the former – and are doing good.