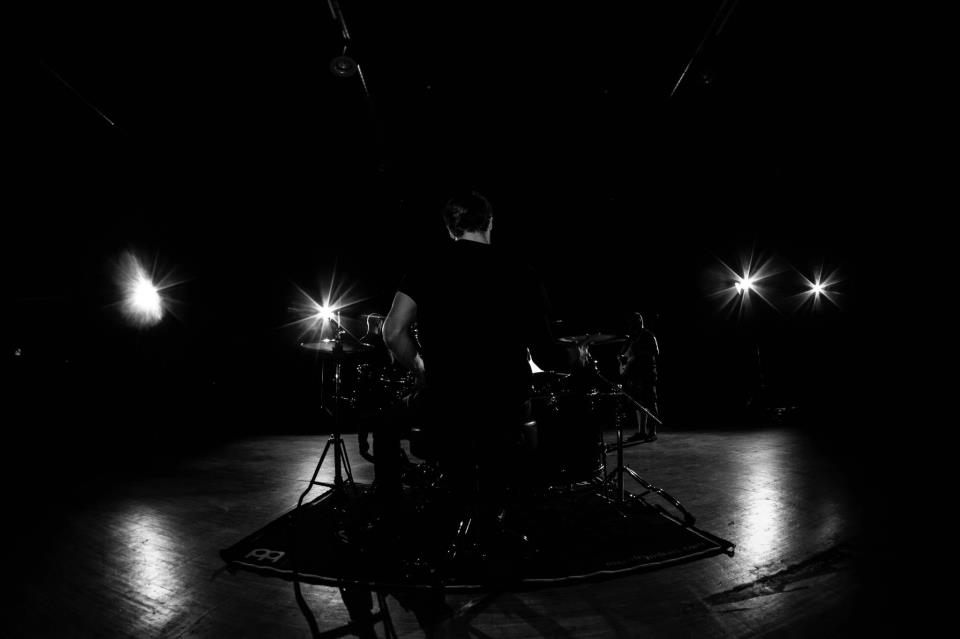 Paul Seidel made himself a name as one of the most promising german drummers during his time with War From A Harlots Mouth. After the band went on hiatus, he joined The Ocean and Dioramic to continue his passion for drumming. I’ve got the chance to chat with him about his current projects, solo works, and working as a drum teacher.

Paul, you’re involved in many different projects – would you call yourself a
professional musician?
Hi there. I would defnitely consider myself a professional musician. I’ve probably spent
the last decade working on building up my skills, working with several bands and on
different productions, playing hundreds of shows worldwide and spending all day long
with playing, writing, listening and teaching music.

When did you start drumming? Did you ever think – back then – that music will
play such an important role in your life one day?
Not specifcally. I grew up in a musical surrounding, which made me consider this path
in life very early, but i never wanted to take the same footsteps as my father. Eventually, i
ended up with a pair of sticks in my hands and it turned out, that i pretty much wanted
to be a musician from that point on, which was, when i was 15 or 16.

Do you still take drum lessons? If yes, why so?
I am currently not taking any private lessons. Back in 2011 i got taught by a local jazz
professor, who is also part of the Jazz Institut Berlin (JIB). I wanted to get insights on
different genres and new playing styles, which is why I learned a lot. Thankfully, I have
since then found a different approach to new materials and ideas, since i’m both
teaching other people and still practicing a lot in my private rehearsal room.

You’re giving drum lessons yourself too. How many students do you teach?
How diffcult has it been for you to switch roles and become a teacher?
I am currently teaching between 10-20 students, depending on if some of them are
busy with studying or not. Being a teacher, to me, has been a work in progress as well.
I started with 2-3 students, that asked me for private lessons and then slowly
concentrated on working on my teaching skills. Making another person understand your
subjective understanding of a feld, that is as essential as rhythm or harmony, asks for a
lot of empathy and imagination.

Everyone has their own imagery sketch of what they think is rhythm and melody, so you
need to be able to be sensitive and try to imagine their way of thinking, which can
sometimes lead to new ideas for your own playing and understanding. It’s both, giving
and taking, a win-win for everyone involved. At least, to me it has always been very
inspiring as well.

You’ve been a member of several bands, with WFAHM being perhaps the most
popular one. What did you learn – all in all – during these years?
I think i’ve mostly learned about significant and important human essentials like
empathy, reason, confidence, imagination and a thirst for knowledge. When i started
touring with WFAHM, i was a young, naive, overly energetic person, hungry for
everything that’s new, for the pure sake of experiencing in a kind of egoistic manner. I
was on one hand still very insecure, but also ready for challenges and motivated by my
first successful ventures.

When surrounding yourself with 5 human beings, that are all different and sometimes
do not see things, as you do, you’re starting to see the whole picture, the things that
unite and connect you to them, but also learn to accept, discuss, question or give in.
It is probably the most challenging quest, to spent more than half of the year on the
road, stuck in a tin with wheels, being overslept and hungry all the time. This is what
made me wiser and more grown up, although i’m still being overly energetic and
hungry. 😉

You’ve tried to turn War From A Harlots Mouth into a full-time band – it didn’t
work out, did it?
Well, it sure did, but it wasn’t a full-time band to earn money with. It was never
supposed to be a job, that pays you on a regular basis, but it turned into a very time
consuming passion. It was more than just a hobby, but it was also not something to pay
our bills with. And with different views on things, with individual concepts of what a
band is supposed to be turning into, it can sometimes be very harsh and out of control.
Nevertheless, this band was definitely a full-time band in all aspects.

Looking back: has it been a good decision to try it?
WFAHM was never meant to lead anywhere, it was nothing but a passion for everyone
involved, out of pure musical interest, as a way of canalizing our inner needs to express
ourselves, be it in a musical way, in political or ethical views or simply in the general feld
of arts.

Out of pure luck and because we all enjoyed, what we did so much, it became, what it
became. Maybe also, because people appreciated our output and understood or
shared our passion. In the end, it all made us turn into the peope, we are today.

What are you doing since the end of War From A Harlots Mouth?
Right after announcing the hiatus with WFAHM, i was contacted by Robin from The
Ocean, which used to be the band of our singer Nico. We had toured together already,
so he new my skills and personality and approached me with the offer to join in, which i
eventually accepted.

The same year i also joined another band called Dioramic based in Kaiserslautern, who
had been friends of ours for quite a while and they asked me to join the band, since
their drummer had left the band to pursue his career in the USA. So, I have been on the
road non-stop since then, played various tours in the USA, Europe, Australia, New
Zealand.

I started recording my frst solo album back in December 2013, with my good friend Jan
Kerscher from Ghost City Recordings and will hopefully be able to release something
soon. Jan has been treating me very well, as a good friend as well as being the
producer of my record, so i decided to join forces with him and played a tour with his
musical project called Like Lovers.

I’m currently preparing for my next tour with The Ocean and have also started working
on a bigger secret project, which is very demanding and time consuming, but worth it.
A lot of things in the pipeline, so to say… 😉

Can you make a living off being a musician or do you have other jobs too?
Luckily, i can say, that thanks to hard work and patience, my passion has turned into
something, that pays off. As i’m always on the road, i need to make sure, that the time is
well spent. It has always been a thin line between taking your profession seriously,
presenting yourself as the musician, that deserves to be paid for his work and the
person that just wants to enjoy playing music, having fun and sharing good times with
friends.

I have several bands, i give drum lessons and i have just recently started to work for
Pelagic Records, which is also the label of The Ocean’s guitarist Robin Staps. I’m
spending pretty much every day with music.

You are living in Berlin. In which ways does the city infuence you as a
musician?
Berlin has always been an incredibly inspiring, but rough city to live in, when it comes to
being a musician. It feels like the city is alive and organic and soaks up the emotional
condition of the people living in it. When it’s spring, it turns into an open minded, happy
and smiling city, with everyone sharing thoughts, music, food and feelings with one
another. But as soon as summer is over, the sky gets grey and people start freezing, it
morphs into this dark, melancholic monster, that sucks out the last drop of happiness.
This is usually when i’m most creative, in a sensitive and introverted kind of way. It is
intense and hard times, but you have to go through it, to be fully able to appreciate and
enjoy the summer mood once it comes back to life. That’s when you don’t want to leave
the city at all.

Could you imagine to live somewhere else?
I’ve been to various countries and cities and have of course thought about moving
somewhere else. I still have the urge to do it, but once you’ve learned to appreciate the
vibe of Berlin, you start questioning, why any other city should be better and compare
the ones you like most with what you already have right in front of your doorstep.
What’s appealing to me, is different societies and their own individual way of selforganization.
Everyone, who wants to honestly open their minds to other human beings
and learn something beyond the comfort zone, needs to at least once in their lifetime
live in an unknown surrounding, be it a city or a completely different country.

How well connected is the music scene in Berlin? How much do you network?
Is networking important for musicians?
It feels like Berlin is in a state of change at the moment. People are willing to connect, to
listen and learn from each other in a completely selfess way. They start trusting their
own abilities and want to be free from economical constraints again.

There are a lot of networking events, a lot of DIY groups, that help each other out. Small
labels or agencies that try to teach about how to live a life as a musician etc.. Everyone
has fnally understood, that a healthy and creative music scene needs exchange and
isn’t principally dependant on „big players“.

What Berlin needs though, is more room to work with. More cultural areas, that allow
musicians to experiment, develop and cultivate a unique sound, before selling
themselves to the next big label.

What music are you listening to? How much does it influence you?
I love one-of-a-kind music, that’s thoughtful, challenging and which offers content, that
questions my daily grind. My taste in music is very spread out, i’d say. I listen to
dissonant and technical death metal as well as to jazz and neo-funk, ambient and
electronical music or classical and contemporary music.
When something touches my soul, it can deeply change my way of thinking about
writing and approaching music. This „universal“ connection can then maybe be
transformed into something, that’s me.