I really like the collborative work of Eskimo Callboy and Sido 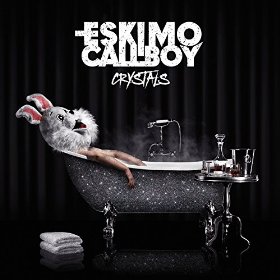 Eskimo Callboy and Sido have one thing in common: both artists are firmly based in the “love ’em or hate ’em”-camp. You’ll hardly find anyone who doesn’t have a (rather strong) opinion on at least one of the two.

So it makes sense that they team up on “Crystals”, the new Eskimo Callboy album. And while the album as a whole feels like a pop with all its catchy songs and cheesy attitude, “Best Day” really stands out. It’s not like Eskimo Callboy suddenly have a clean production, thoughtful lyrics, or something like that, but the song is well-written and reminds me on the good old times when meal/ rock bands worked with rap/ hiphop artists. And hey, Sido knows how to deliver his lines.