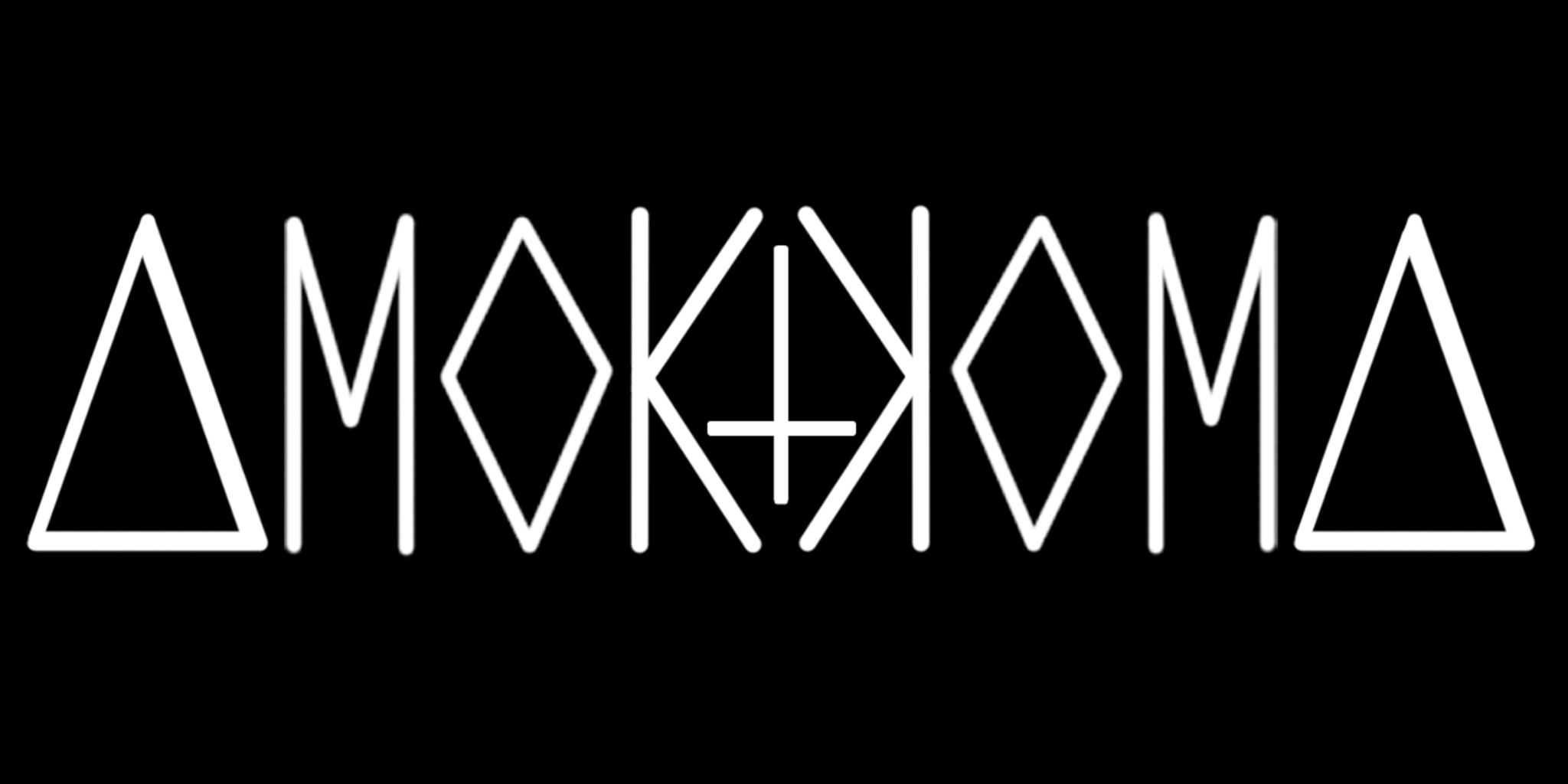 Back in 2011 then-War From A Harlots Mouth-singer Nico established his Dubstep/ Trap-project Amokkoma. Since then, and even more so since the end of War From A Harlots Mouth, Amokkoma raised attention not only with music, but with an visual interesting clothing line as well. Reason enough to talk to Nico, but not limit the conversation to Amokkoma. Instead we talked about life as professional musician in Berlin, tattoos, and music in general too.

Nico, you’re involved in many different projects – would you call yourself a professional musician?
Well, i think you can say that. Because i make money with what i do, so.

When did you start making music? Did you ever think – back then – that music will play such an important role in your life one day?
I started way back as a student in school playing drums in our school band. i joined a Death Metal Band in the age of 15 but i was more and more attracted to the role as a singer than the drummer. So i started a hardcore band with some friends and from that moment on, i was the singer. I was never thinking about doing that as a job or anything like that. I was mainly focusing on skateboarding and that was my whole life. Within the last two decades that all changed drastically.

War From A Harlots Mouth have been a major part in your biography. What did you learn – all in all – during the seven years with them?
A lot. Because with WFAHM i was able to tour all over the world. And it means a lot to travel for a couple of months every year. You see and hear each other constantly and that can be annoying and such but we grew together as a union and yes as bond of friendship. We know each other pretty good.
When it comes to the musical level of course i learned a lot too. Simon and Paul are extraordinary musicians and songwriters. It was always a big task for me to fit in because i am more the instinctive and emotional musician.
We always made it work.

You’ve tried to turn War From a Harlots Mouth into a full-time band – it didn’t work out, did it?
No we didin´t. We were a niche band in a niche scene. The underground in the underground. We knew that and we were fine with it. We were absolutely amazed with the fact that we could do all those tours with big line ups and to play huge festivals but i always define us as a small band with a big reputation haha

What are you doing since the end of War From A Harlots Mouth?
My main thing is sampling, editing and producing as AMOKKOMA. Besides that i am performing live with Jennifer Rostock. And i am a booker, too.

Can you make a living off being a musician or do you have other jobs too?
I am a salesman for over 15 years now. Working for different companies and i still do that. Not mainly for money reasons but i like to have a “normal/regular” job besides the “music business”.

How did Amokkoma come to life? How much time do you devote to it?
AMOKKOMA is in my head since teenage years. A german punk band called Abwärts had an album called Amokkoma and i liked it a lot. I had my own interpretations and it needed to get “out there”.

Are you involved in other projects?
I am. I did a couple of guest vocals for bands i like or know. And i also started a small hardcore band with some friends. It´s fun to rehearse again and to see how new completely different tracks see the light of day.

Some people might know you as guest musician of Jennifer Rostock – how’s your connection to the band and Jennifer Weist?
We are close friends for a long time. I love her like my sister. I know her and Christoph (Bass player) from shows and we wanted to be musically creative together for a long time. We always wanted to tour together. That wasn´t possible with our both bands together. When they asked me to be a guest part i said immediately yes.

You’re heavily tattooed – when did you get your first tattoo? What motife is it?
I got my first at the age of 17. It was the Vegan Flower (worldwide vegan sign). Because i was (sure still am) 100% behind that. I did it on the leg because i had many ideas and created a concept about what i wanted to have as a tattoo all over my body and first i needed to know, if that pain is bearable for me….well, as you can see haha

Does every tattoo have a deeper meaning for you?
Yes! Some are very personal. Mainly the whole art is a story with a content about the (anti)social society around me.

You are living in Berlin. In which ways does the city influence you as a musician?
Berlin is a giant moloch of sadness and despair but also showing me a lot of beauty and sort of happiness.
As a man who was raised as a child in this hellhole it influenced me a lot. All the alleys and the mixture of hipsters and tourists in surroundings run by junkies and dealers is remarkable. I witnessed so many weird stories and situations that they are all in the back of my mind. So of course i try to put those experiences in the music.

Could you imagine to live somewhere else?
Not in Germany no. Maybe Leipzig but that´s it. Worldwide i would consider living in the states (New York, Portland, San Francisco, Los Angeles) for a while. I need to travel more and to see places i have never seen before. Like Thailand or Egypt.

How well connected is the music scene in Berlin? How much do you network? Is networking important for musicians?
For me it seems like everyone knows everyone. It doesn´t matter which “scene” you are in or the genre you are into.
I have a big network of all kinds of artists. Rapper, Producer, Singer, Dancer…you name it. I don´t know if everyone is that well connected. But all i am saying is that you could easily collaborate with artists from different genres in Berlin.

What music are you listening to? How much does it influence you?
I listen to soundtracks/scores ( Solaris, The Assassination of Jesse James, The Road…) a lot.
I would say that 60% of my library is about synthesizer music (starting from the 60/70s stuff from russia or czech republic, all the morbid french sounds from the 80/90s until the big Steve Moore/Zombi era).
It fits perfectly to my everyday mood.
Besides that i am into rap music since i am a boy in 1991 (influenced by NWA, Public Enemy, Paris, Beastie Boys…) and Dubstep (also a great “soundtrack” for your everyday trip in subways and such).
I also like poppy tunes every now and then. Björk or M83 are geniuses for me who i admire.
I am also a huge Fan of electronic music like Trentemoller, Richie Hawtin, Markus Meinhardt, Magda and Royksopp.
And of course i am still admiring death metal and hardcore but to be honest if i listen to that stuff it is more the “old league” i am listening to. (like The Swarm, His Hero is Gone, Cancer, Morbid Angel, Gorgoroth).
In the extreme metal there are some exceptions like Ulcerate, Deathspell Omega or Nightbringer.
Nowadays so much of those bands bore me. I miss the attitude in most songs i hear. And too many bands are to eager about getting big and having a massive production instead of giving their soul into the songs.
It does´t matter what genre though.
Just my opinion of course.
So i would say all in all these genres, artists influence me as much as my every day life and my surroundings.