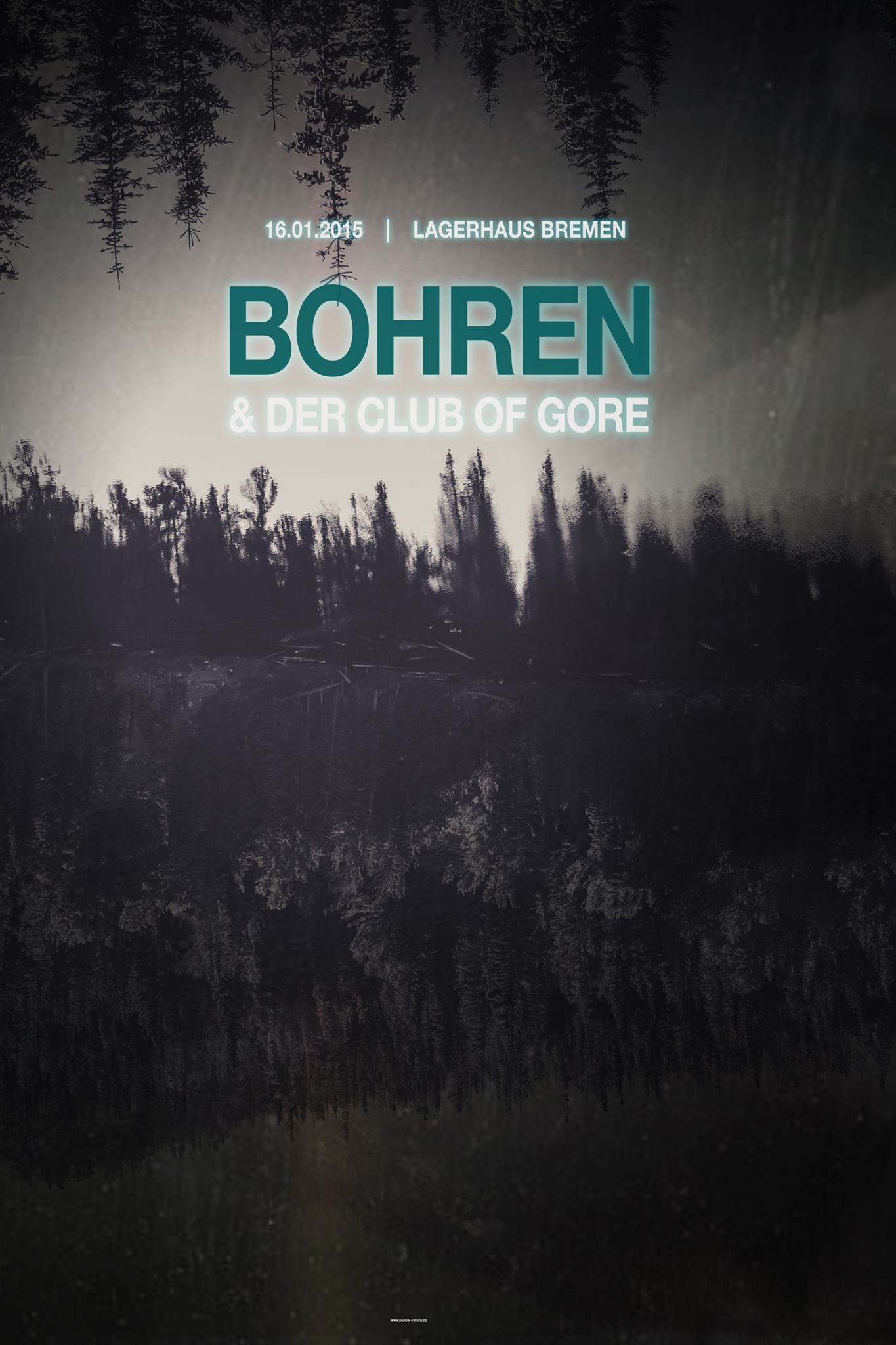 There are touring-happy bands and… the others. Boren und der Club of Gore are a role-model for the second category. The Ruhrpott-based band does shows only on rare occassions and I honestly can’t remember when they did their last tour.

Their show at Bremen was set to take place at the medium-sized Lagerhaus, which is a pretty setting for them. The band preferred to stay in the dark, literally, and illuminated the venue with ony a handful of light spots. That’s really cool for creating a dark, broody, and in the case of Bohen und der Club of Gore weird, atmosphere, but it sucks if you want to take pictures or get a good view on the musicians. The fact that the show was advertised as being fully seated, but seats were only available for half of the audience was a another minor setback. Standing in the dark, listening to a band, and getting run over time and time again by some dude who couldn’t see other people in pitch darkness is not really cool.

Not the best circumstances for attending a show – but Bohren und der Club of Gore proved to be an excellent live band. Their performance was right to the point and filled the venue with weird, dark music. It’s hard to nail down their music to two or three genres, but dark jazz might give a good first impression. The setlist consisted mostly broody, slow songs and thus created an interesting atmosphere. It’s like watching a magma wave slowly making it’s way to a village sleeping in the night. Or cement mercilessly filling a hole in the ground. Bohren und der Club of Gore provide an uniqe concert experience- – intensense, nightmarish, pitch black. It was an excellent show, even under not excellent conditions.

Author: LarsNB
Filed Under: Music
Tags: Bremen, Doom, Jazz, Show
The new Revocation album leaves me unimpressed, but…
Live footage of The Amity Affliction taken at their show at Hamburg