Opeth have left their metal days behind with “Heritage” and apparently don’t want to change that with their new album “Pale Communion”. In fact, they focus even more on progressive and classic rock.

There’s not a single growl on the whole album, there is not a single heavy part on it, there is not a sign of double bass drumming – and  the albums kicks as despite all that! Seriously, Opeth managed to get their shit together when it came to songwriting and deliver eight stunningly beautiful rock songs. That’s quite a leap from the mediocre songs of “Heritage”, the band is back to old strength when it comes to writing extensive, yet catchy songs. Listen to “River”  or “the ten-minutes-hymn “Moon Above, Sun Below” and tell me you’re not being touched in your soul by the beauty of this songs. Mikael Akerfeldt dominates the songs with his clear and dreamy voice, but manages to let enough room for extensive guitar parts. The drumming by Martin Axenrot is very jazzy, but let him fill every smallest sound hole; he also shows his great drumming skills plenty of times on “Pale Communion”. Even they keyboards, played by Jaokim Svalberg, are back to old strength and get their spotlight time in most of the songs. It’s a great step forward and fills the gap that “Heritage” had in that regard. Joakim obviously brougt fresh ideas into the keyboard parts,his. addition to the line-up after “Heritage” was a clever move.

All in all, “Pale Commuion” should convince everyone who had his doubts about Opeth’ new direction after “Heritage”. The songs are much stronger and the band showcases their individual skills as well as their workings as a band in a great way. 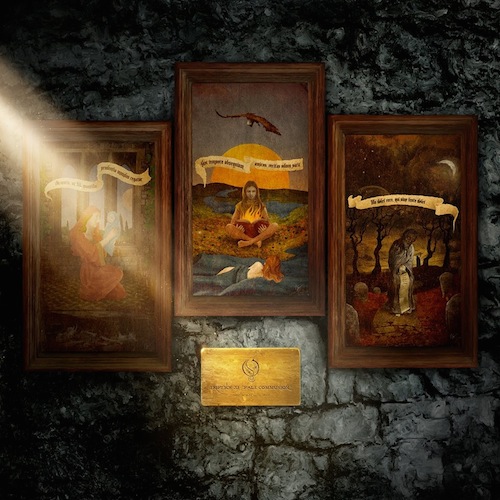