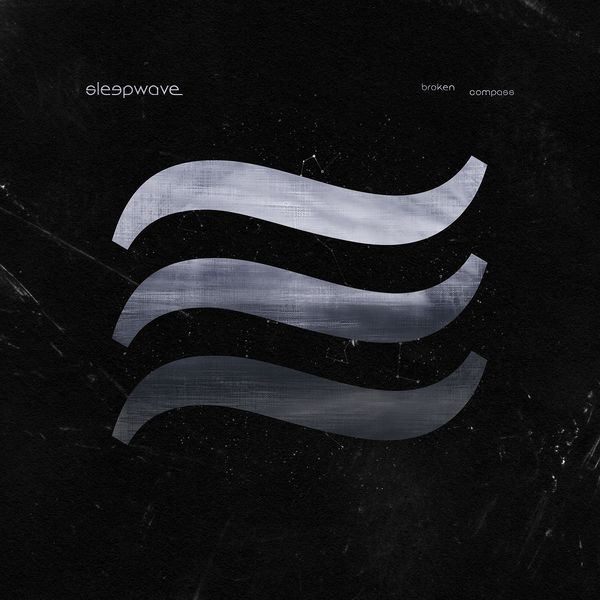 Sleepwave is the new project of former Underoath singer Spencer Chamberlain, who wants to continue his career in the music industry after Underoath disbanded in 2013. The press sheet to “Broken Compass”, the debut album of his new project, somewhat implies that Chamberlain had many problems during and after the late Underoath years, including financial ones. One might wonder what is truth and what is stuff to build his reputation, moving him away from the christianity focus of Underoath, but fact is that Sleepwave is a new musical direction for him – and an interesting one, it is!

“Broken Compass” is full of dark and angry thoughts, as would befit a man who has lost nearly everything he had. The sound reminds of early Nine Inch Nails mixed with angry metalcore, the raw power of early Nirvana, and catchy emocore. That plays out really nice, especially when Chamberlain uses his voice to full effect, as he has a powerful clean singing voice as well as a good aggressive shouting.

The songs are in the upper mid tempo range, which may remind of Deftones (oddly enough, since regarding to the press release Sleepwave wanted to be faster than them), with occasional fast outbreaks. Broad, stadion rock-like riffings, mixes with eletronic/ programming parts, while one can feel the anger and adrenaline at every second. Chamberlain is angry and he wants the world to know it. In the end, he delivres his message, yet the album title remains unclear even when reading the lyrics of all songs.

Anyways, Chamberlain is back with a highly interesting project that might not only fill the hole in his artist heart, but might also fill his pockets. No offense, “Broken Compass” will be highly appealing to a wide audience – something a dedicated musician like Chamberlain deserves. And the excellent album even more.